As part of the research into hands and feet and the Jurassic Coast of West Dorset, Sally and I became interested in other historical events connected to the social geography of the seaboard, and in particular to the relationship to industry, colonization and settlement across the Atlantic: Bridport’s fascinating relationship to the fishing grounds of Newfoundland, and West Dorset’s powerful relationship with the settlement of New England.

Early on I read Frank Thistlethwaite’s ‘The Story of the West Country Pilgrims who went to New England’, a factual and compelling account of the voyage of the Mary and John, part of the extraordinary migration to America in the 1630s, lead by the Dorchester based Puritan minister John White and involving many Dorset families, including people from Bridport, Symondsbury and the surrounding communities.  This research became a world in itself and too complex to integrate into 26 and 7 bones, without departing from our core focus, but it provided a background context to our work, and some details ended up in the ‘presentation text’.  It certainly represents a possible future strand of work – the connection with another place across the ocean, a future exchange?  The book detailed the complex, practical, religious and social history of this period of settlement, alongside horrifying accounts of the colonization of Indian lands.

So I have included here striking sections of Frank Thistlewaite’s book, to give some idea of these extraordinary events in the 17th Century.

And then following, some amazing connections made with another artist friend of mine from Newfoundland, Marlene Creates. 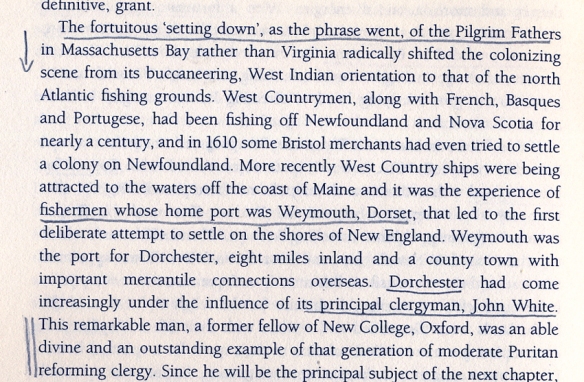 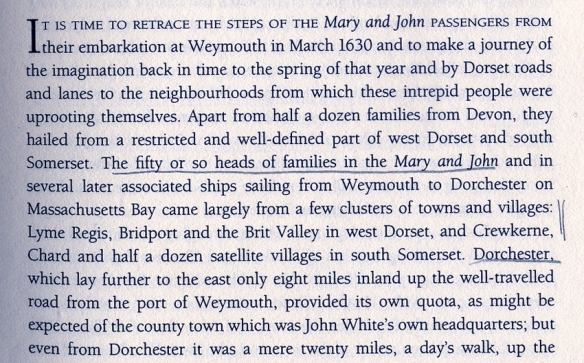 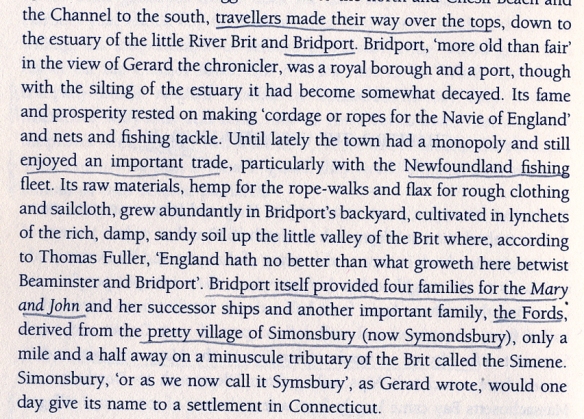 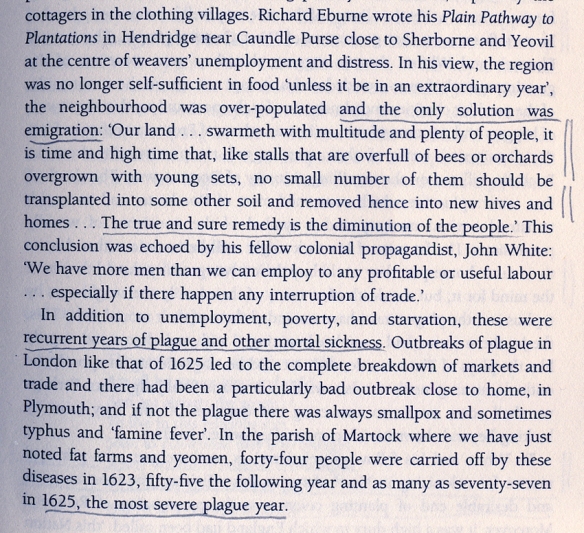 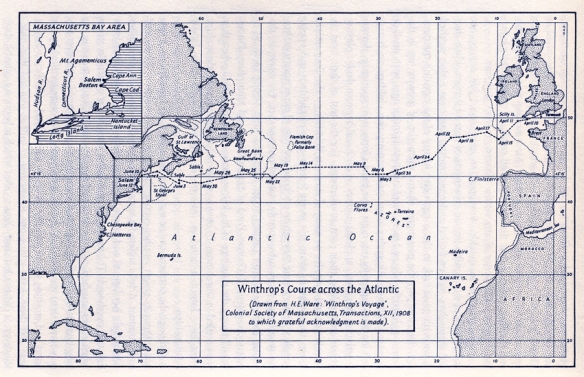 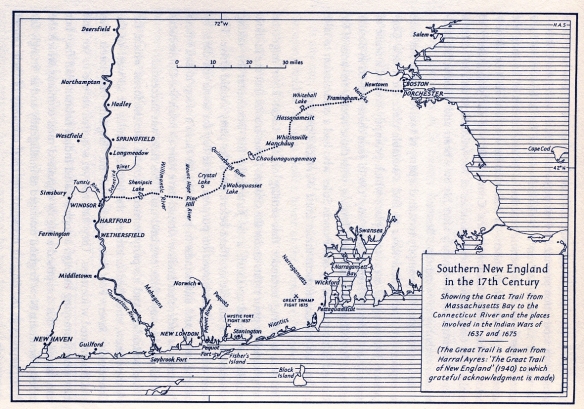 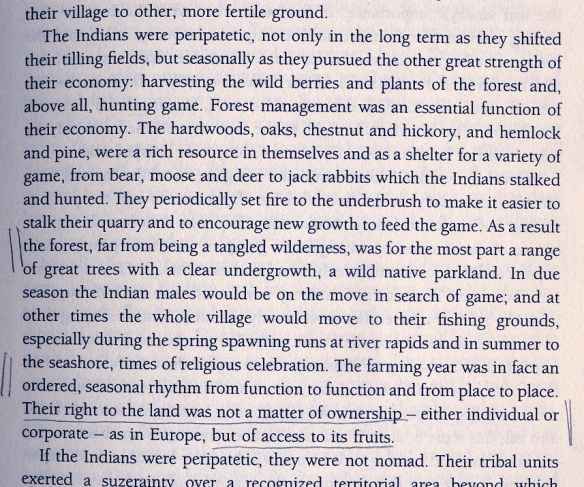 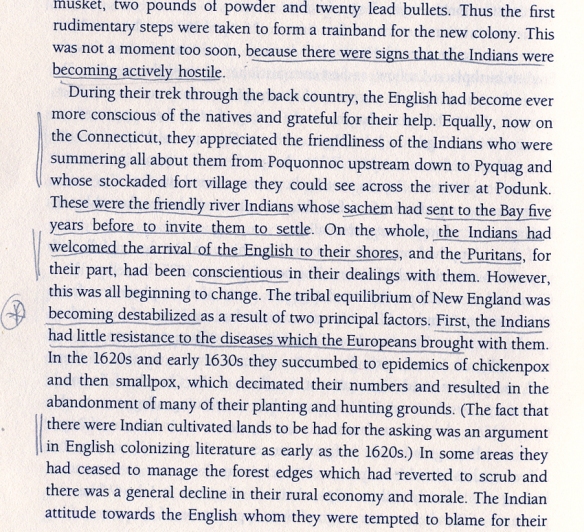 In trying to find families around Bridport who still had a direct connection with ‘New England’, I came across this extraordinary site: The Sprague Project –  ‘a computerized database containing information on 360,206 individuals from worldwide families of Sprague and Sprague-derivative names.’  The Sprague family is mentioned in one of the sections above!

A friend of mine, artist Marlene Creates from Newfoundland, responded to an email bulletin I sent to my ‘contacts’, and we began a series of exchange on the subject of family connections.

Marlene:  “Some of my ancestors may have been from Christchurch in Dorset. My maternal great-grandmother and great-great-grandfather’s surname was Freake (pronounced Frake).  When I was in Christchurch once, I looked in the telephone book and sure enough, there were still many Freakes there.

Another of the surnames (on my maternal grandfather’s side, and my mother’s maiden name) is Layte, which has various forms here in Newfoundland: Laite, Leyte, Leat, etc.  Leat is a common word in the south and west of England for an artificial watercourse or millstream.  The Laytes may have come from Devon.”

“Something else perhaps of interest to both of you (and extremely important to me in my investigations into the relationship between language and landscape) would be the Newfoundland dialect. Some Old English words from 17th Wessex have survived here after dying out there. These are some examples:
droke, dwy, fadge, frore, keecorn, linny, nish, suant, withyrod.

I try to use words in the Newfoundland dialect as often as I can, both in my work and in my everyday speech.  I like the idea that some of these words would have been in the mouths of my ancestors.”

We replied with some of Sally’s research:
“The Freke (that’s the spelling I came across) that I looked at was Daniel Freke, a clockmaker from Bridport. I found another horologist who left Exeter for Newfoundland, set up a store then bought himself a schooner and joined in the cod fishing and salting trips.  I found the will below for John Freke and thought the same may have been the case and that he may have been related to Daniel Freke.

“Also in Bridport, a maker called Daniel Freke made a clock equipped with a primitive “half-lantern” pinion drive to the count-wheel.”

Here’s the ‘will’ from James Freke of Joe Batts Arm, who leaves his fishing gear and house in his will.“

Marlene responded:  “I’m finding all this amazing.  I’m a descendent of the James Freake and Phoebe Ann mentioned in the correspondence on the ancestry website.  They were my great-great-grandparents.

Thanks so much for passing on your research findings.  And I’m passing this on to my cousin, Lloyd Brown, who is originally from Fogo Island.  His mother’s maiden name was Freake, and he is also a generation older than I am and remembers so much about “the old days”.  In fact, he has written a memoir about growing up in Joe Batt’s Arm on Fogo Island, called A Lingering Look Behind.”

So … another connection made, and a seed sown for a possible future ….